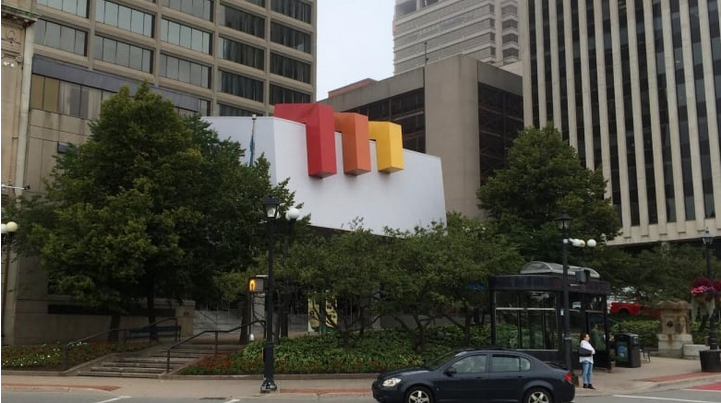 Renovations are expected to start within a number of weeks at the Saint John City Hall building, as new local owners step in to take over the major uptown office tower.

Developer Keith Brideau and Dr. David Elias, a physician and businessman, took possession of the 48-year-old building Thursday through their company, 703732 N.B. Ltd.

Service New Brunswick records show the company paid $3 million for the property, less than half the assessed value of $7.5 million.

Mayor Don Darling says it is essentially the same agreement reached with the building’s previous owners, Se-Fish Associates Ltd., in November of 2017.

That contract is projected to see rent costs reduced by just over $700,000 from the previous lease agreement for each year of the 15-year term.

The city’s draft 2019 operating budget allocates about $1.2 million for city hall rent, down from $1.9 million this year.

FROM 6 FLOORS TO 4
As part of the lease agreement the city will reduce its footprint from six floors down to four with some offices moving to a municipally owned space in the nearby Saint John City Market tower.

“Demolition will commence here soon on these [lower] levels,” said Darling. “We’re going to have renewed presence, we’re going to have a whole new city hall presence from the ground level below us over four floors.”

Some municipal departments, including those of the city manager and the mayor, will move down to the council chamber level off the building’s lobby.

Darling says during the renovation period council meetings will be held in the Ludlow room, an eighth floor space off the mayor’s office that is used primarily for ceremonies and announcements.

A wall will be removed to expand the room for public meetings.

CITY SPENDS ON ‘DETAIL DESIGN’ WORK
The city shares space in the building with other organizations and private companies, large areas over several floors are vacant.

Brideau, who is also president and CEO of Historica Developments, could not be reached Monday evening for comment.

The decision by the previous owners, Se-Fish Associates Ltd., to sell the building delayed renovations by several months.

Under that agreement the work was to have been completed by early 2019.

On Monday councillors also approved $257,000 to hire TOSS Solutions, a Saint John company, to do “detailed design” work, coordinate engineering and tendering and manage the move.