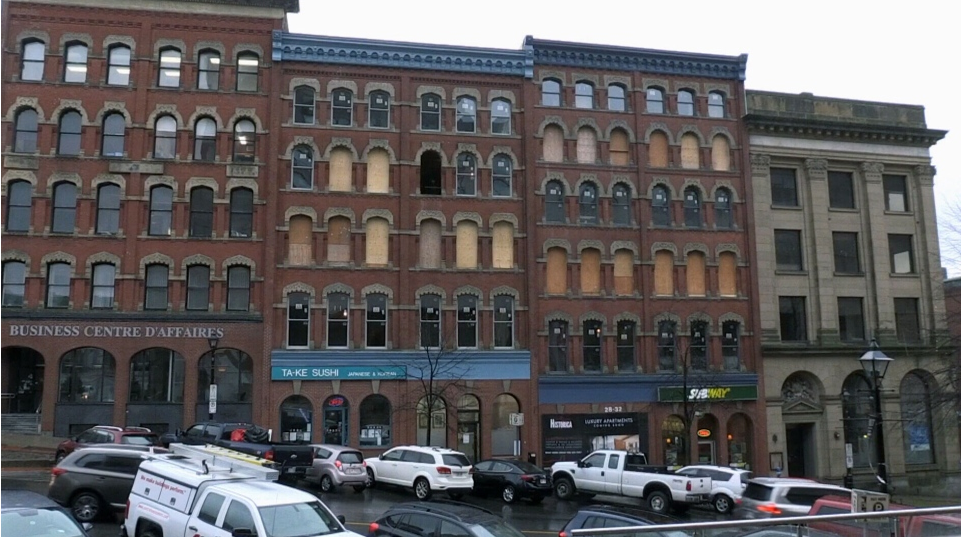 Several of the city’s long-abandoned heritage buildings, some of which are more than 140 years old, are being given a new lease on life, as developers work to turn them into condos, offices and shops.

“That’s our target, February, to have everything 100 per cent done,” developer Keith Brideau said of his company’s latest project. “We’ve already started leasing, we have about a third of them leased.”

His company, Historica Developments, has restored more than 20 heritage properties over the past decade, trying to bring new life to old buildings.

Built to replace the wooden structures lost in the Great Fire of Saint John in 1877, the intricately designed stone buildings were made to last — a phoenix rising up from the ashes of the destroyed city.

But in recent years the once bustling core has emptied out, with more and more buildings going vacant.

The empty, boarded up building are not only an eyesore for the community, but a possible safety hazard, becoming a target for vandalism and suspicious fires.

As the situation worsened, community activists feared that entire neighbourhoods would be lost.

“We don’t want them all bulldozed down. That’s not the point,” community worker Mary Lesage told CTV News. “Some of them are worth fixing up.”

And those hopes seem to be coming true, with seemingly abandoned buildings being purchased after years of deterioration.

The vacant Woolsworth building, thought by many to be a sign of the neighbourhood’s decline, was purchased earlier this year, and is being made over for residential and retail spaces.

It’s joined the new headquarters for Irving Oil and a major refurbishment of the Imperial Theatre as a sign that change is coming to Saint John.

And with it, a city long thought to be in decline is getting a chance to step forward, while still looking to its past.