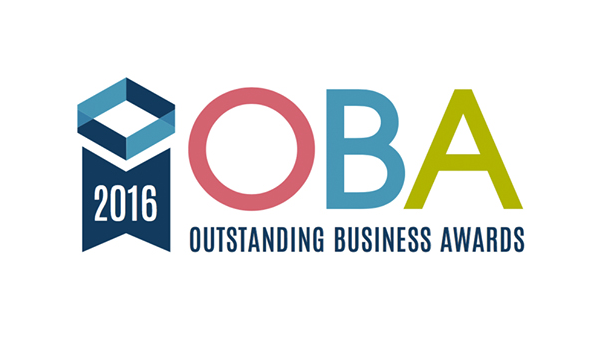 In a surprise result, two development projects shortlisted for the inaugural 2018 Developer Award ended in a tie. The City of Saint John and Develop Saint John will co-present the Award, originally planned as one, to two deserving local projects at the upcoming Outstanding Business Awards (OBAs) hosted by The Saint John Region Chamber of Commerce. The first goes to the Saint John Community Loan Fund for their role in the development of the Social Enterprise Hub, located on Prince Edward Street, and the second goes to Historica Developments for their redevelopment of the former Bustin’s furniture building on Germain Street.

“Our region is on the rise with a lot of outstanding development projects happening right now,” says David Duplisea, CEO of The Saint John Region Chamber of Commerce. “We are honoured to have the City and Develop Saint John join us at the OBAs to recognize projects that have both contributed to and benefited from the substantial opportunities for growth in Saint John.”

The new Developer Award was created to recognize real estate development projects that have demonstrated excellence in adding value to the Saint John community. The awards will be presented during the 34th Annual Outstanding Business Awards on October 11.

“We look forward to presenting the Developer Award to not one, but two outstanding Saint John projects that exemplify how the structures we build make our neighbourhoods better and our community stronger,” says Saint John Mayor Don Darling.

A selection committee made up of representatives from the City of Saint John, Develop Saint John and the City’s Planning Advisory Committee chose the development projects based on their merit in the following areas: urban and architectural design; benefits to the community; as a catalyst for other development; innovation and problem solving; and commercial success. Only development projects that met the eligibility requirements were considered for the award, which required projects to have occurred within the City’s Primary Development Area, achieved occupancy from January 2016 to August 2018, and be free from municipal enforcement issues. Public sector buildings were ineligible for the award.

“The City of Saint John is open for business,” says Steve Carson, CEO of Develop Saint John. “We are here to grow the tax base by helping developers imagine the art of the possible, bringing development projects from good to great. The recipients of the Developers Award are terrific examples of how the spaces we create add value to our community.”

The two recipients were recently notified of their upcoming recognition.

“We are honoured to be a recipient of this inaugural award,” says Seth Asimakos, GM and Co-Founder of the Saint John Community Loan Fund. “Our Social Enterprise Hub members are motivated and work hard every day to build opportunity, create change and inspire innovation in Saint John.”

The Social Enterprise Hub was completed in the fall of 2016 and is a space where an enterprising culture is scaled for poverty reduction and community building. Tenants include enterprising non-profit organizations, social enterprises, and micro-enterprises. Together they have developed a collaborative culture that includes space and equipment sharing, event development and hosting, as well as staff sharing and joint venturing on enterprises and project proposals.

Historica Developments will also be recognized for their Bustin’s redevelopment project completed in the summer of 2017. Located in the City’s centre, it is home to Italian By Night, Five & Dime, Yuk Yuk’s Comedy Club, Rogue Coffee, Tuck Interiors, and several loft apartments and office spaces.

“Our vision is to redevelop some of Saint John’s grandest, yet most under-utilized architectural treasures,” says Keith Brideau, President and CEO of Historica Developments. “The Bustin’s project is a great example of how a time-honoured heritage property can be restored to modern standards while respecting and maintaining the original architectural style. We are honoured to be recognized by the City for what we love to do.”

The 34th annual Outstanding Business Awards will take place on October 11, 2018 at the Delta by Marriott Saint John. Tickets for the evening can be purchased by going to the Chamber website at www.TheChamberSJ.com or calling 634-8111.