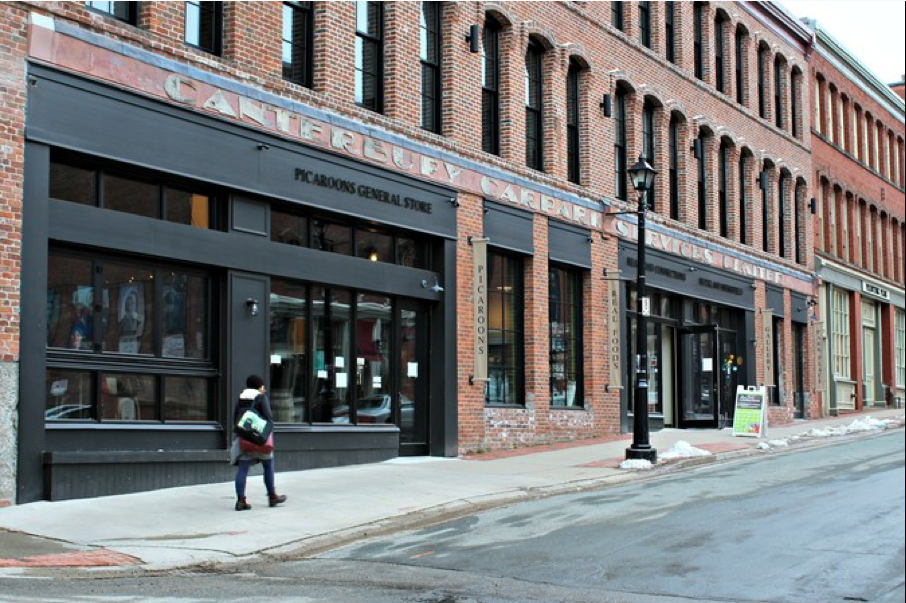 With the opening of Picaroons last week, a block of Canterbury St. that for years stood empty has radically transformed.

The brewtique joins the Real Food Connections grocery store and Buckland Merrifield Gallery on the gound floor of an old parking garage on Canterbruy Street.

The building is owned by Historica Developments, which announced plans to develop the block with the three businesses last spring.

A scotch bar is set to open down the street in June.

Being in a part of town where there are other new businesses opening up, and bringing in foot traffic, is hugely beneficial to them, he said.

“The bigger the volume, the larger the number of good businesses that are all clustered together, the better it is for everybody. It really turns the neighborhood into a destination neighborhood.” he said.

“As long as folks know that if they go into that area of town, they’re going to have fun, then it’s just good for everybody.”

Because the building sits in the middle of Canterbury Street, it had huge potential to transform the area, said Keith Brideau, president of Historica Developments.

“Because of the visability and location, it’s really made a tremendous difference,” he said.

The three businesses seem to compliment each other, as all offer high quality, locally made products with similar clientele, Brideau said.

“I think what’s happening is because there’s so many good things happening in the area, it’s becoming a place to be, and it’s where businesses want to be because they know the traffic’s going to be there,” he said.

“It’s just a great quality in the area, and a location, with respect to all the other restaurants, retailers, the waterfront, the retail on King Street. It’s just a very nice location overall in the uptown.”

Levi Lawrence, co-owner of Real Food Connections with his wife Kim, said they ultimately decided on their Canterbruy Street location because of the strong business community in the area.

The store opened in December of last year.

“What was really the pull was the community of businesses in that area was very collaborative, was very passionate, that was really looking to improve the space,” he said.

“There’s a lot of restaurants and food businesses that are owned by foodies themselves, instead of just being franchises or corporate.”

That collaboration between businesses on that stretch of uptown, and the way they compliment each other, seems to be a key reason why it’s thriving, said Janet Scott, director of business and community development for Enterprise Saint John.

“If you look at the mix of businesses that are on Canterbury Street, you have both high-end global companies and retail establishments. It’s a huge, huge change from what we would have seen a decade ago,” she said.

“I think it took a few people to take a risk to invest. The investments that have been made have been high end investments, where they’re shooting for world-class establishments. And the market’s responding.”

Seeing uptown thrive is good news for the entire city, as the more businesses that develop and thrive, the more the city can collect in commercial property taxes, said Nancy Tissington, executive director of Uptown Saint John.

“If your heartbeat of your city is thriving, then it does impact outlining areas as well,” she said.