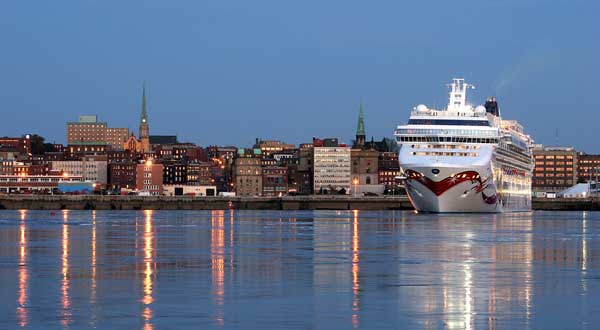 One of Saint John’s most forward-thinking developers is showing his faith in the city’s Uptown. Keith Brideau of Historica Developments has announced plans to develop a block on Canterbury Street with three businesses and a series of high-end apartments.

Mr. Brideau already owns a series of developments in the city’s Uptown and has invested heavily in heritage restorations. This latest project, which will see three boutique-style retail establishments — Picaroons Brewery, Real Food Connection store and the Buckland-Merrifield Gallery — is further testament to his vision and the Uptown’s potential.

We hear often about the reasons why developers shun the Uptown area, why there are so many empty lots and dilapidated buildings and and so little development activity. But it is not all doom and gloom. Big thinkers like Mr. Brideau are willing to take a risk and see the longer-term potential of investing in the city’s oldest quarter.

One of the biggest attributes of Saint John’s Uptown is its history and character. As Picaroons owner Sean Dunbar said: “I like the energy of Uptown Saint John.” It has something other city cores in New Brunswick do not have and it this that Mr. Brideau is trying to capitalize on.

What Mr. Brideau is trying to create is a critical mass of smaller, boutique-style commercial establishments that shoppers won’t find elsewhere in the region. If he is able to create a cluster among the many heritage buildings of the Uptown, it will cement the neighbourhood’s future as a vibrant urban centre in which to shop and play.

We applaud Historica’s latest plans and urge the city to take the hint and become more active to create conditions which will spur additional projects like this in our Uptown core.