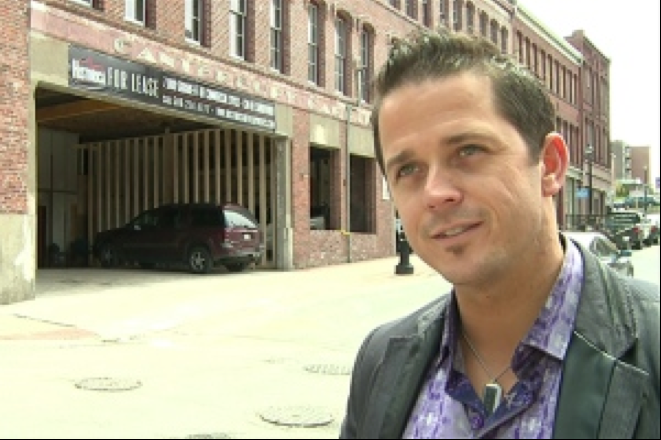 Three New Brunswick businesses are teaming up to bring a mix of local food, beer and art to an historic building in uptown Saint John.

Historica Developments, owners of the Canterbury Carpark, a Victorian-era commercial building in the Trinity Royal district of Saint John, announced Thursday that Picaroons Traditional Ales, Real Food Connections and a Buckland Merrifield Art Gallery will occupy the main floor of the building.

Keith Brideau, the president of Historica Developments, says the combination of businesses will be a great addition to uptown Saint John.

“We have local food, local beer and local art. I really don’t think it gets much better than that,” said Brideau.

“It’s going to become the place to be in uptown Saint John, and probably New Brunswick, for that matter,” he said.

The upper floors of the building will be apartments.

A Historica press release states the art gallery is a partnership between Peter Buckland and Shannon Merrifield “that will bring the finest art and craft in New Brunswick to Saint John.”

Levi Lawrence, the founder of Real Food Connections, is looking forward to the expansion to Saint John. (CBC)

Levi Lawrence, the founder of Real Food Connections, a locally-sourced meat and produce supplier in Fredericton, says he is excited to become part of what he calls “one of the best food scenes” in the entire province.

“We talked to chefs like Jessie Vergen, the East Coast Bistro, the new Port City Royal, Thandi’s, Big Tide Brewery and Happinez, you’ve got all these great businesses that are devoted to a better food product, better food source, we wanted to be a part of that,” he said.

Picaroons makes old new in Fredericton too Northampton Brewery, known for Picaroons Traditional Ales, is also expanding to the Canterbury Carpark building in the port city.

Meanwhile, in Fredericton, the brewery is opening a new facility in another historic building, the Gibson Roundhouse.

Sean Dunbar, the owner of Northampton Brewery, said he expects the new Fredericton location to be operational by the end of July 2015.

Dunbar says the exterior shell of the roundhouse, which was built in 1885, will be preserved.

“We want to preserve its uniqueness and its character. It’s a big challenge just to make the decision to work with what we’ve got and make it into something that’s the same, but better than it used to be,” he said.

All of the original brick made in Boss Gibson’s brickyard will be stripped and repainted, while windows and flooring will be replaced.

The brewery will also pay homage to its past with a section to showcase the history of the neighbourhood and Fredericton’s railroad industry.

“It’s not going to be a museum but we want people to be aware of the connection between the past and the present,” said Dunbar.

Northampton Brewery bought the building from the city of Fredericton for $100 in 2013.

Dunbar said he expects to put between $3 and $5 million into refurbishing it.

“Had we not taken the building on, I don’t think it would be here,” he said.

Both the Canterbury Carpark and Gibson Roundhouse projects are expected to open to the public in fall 2015.