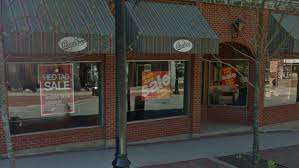 Historica has purchased 99 Germain St., occupied by Bustin’s, along with neighbouring 107 Germain St. – home to Dr. Brown, Claire Driscoll, Ispire and Enovex – and 109 Germain St., a five-unit apartment occupied building. Also included in the sale was the “Canterbury Car Park,” located behind Bustin’s at 30 Canterbury St.

All four buildings had been owned by the Bustin family, and a sale had been in the works since 2009.

Bustin’s has signed a lease with Historica to continue its business. Bob Bustin, owner and president of Bustin’s, said renting was the easiest option after the death of his father, Stan Bustin, in 2007, and the retirement of his brother and former business partner, two years ago.

“It’s right up (Historica’s) alley with what they’ve done, and I like what they’ve done, too,” said Bustin, who plans to keep running the business as he’s always had. “I have good staff. I love working with them and love what I do. I guess it’s in my genes.”

At an estimated 55,000 square feet, the complex, which is being dubbed Historica Quattro, is Historica’s largest purchase to date.

“It’s a pretty big step for us, but a very logical step at the same time,” said Keith Brideau, co-founder and vice-president of Historica.

The first building scheduled to be redeveloped is 30 Canterbury St., which Bustin’s had once used as storage but has been vacant.

The warehouse is a heritage building recognized officially as the Jones Building. It was built following the GreatFire, and during its life as been home to T.R. Jones’ clothing and furnishing goods business, S. Hayward and Company’s wholesale hardware, O’Brien Motors and sales and service operation for Chrysler and Plymouth vehicles.

Brideau says the plan is to redevelop the warehouse as 14 to 16 high-end apartments, with 16-foot ceilings, and ground-floor retail and commercial space. Redevelopment planning is to begin next month, with the hope to complete construction next summer.

Brideau says the fact the buildings were clustered, and in a central location, made them a commodity. Since the buildings can be connected, they can share things such as exits and stairwell requirements, which allows for more rental space.

All four of the buildings in Historica Quattro are designated heritage. Bob Boyce, chairman of the city’s heritage board, says he’s excited to see Historica investing in more property and is looking forward to seeing its development proposal.

“Historica has been co-operative and quite sensitive about the heritage bylaw requirements,” said Boyce.

“Historica is proving that there’s a market for living space in heritage properties, and, of course, that makes it easier to sell the message that we can keep our old buildings and have a vibrant and alive uptown.”

Boyce says the last major block of heritage property redevelopment would have been CenterBeam Place, which he says made a “huge difference.”

Brideau says his ability to find motivated sellers uptown is part of “a huge wave of transfer of wealth over the next five to 10 years.”

“What (Historica) is doing is providing an exit for people who have worked hard their whole lives,” said Brideau.

John Ainsworth, who owns Printing Plus and the building next to 30 Canterbury St., welcomes his new neighbour. He says he has received inquiries about his building as well, but isn’t ready to sell.

He’s owned his building since 1981, and says the big change in the city has been tenants now interested in living on the upper floors.

Brideau says these new tenants needed a higher-quality product to convince them to stay uptown. He points to the near total occupancy of Historica Trinity, which won’t be entirely completed until Aug. 1, as proof.

“Just that speaks to the fact that if you introduce high-quality spaces with lots of character, if you give what people want, people will take up those spaces.”