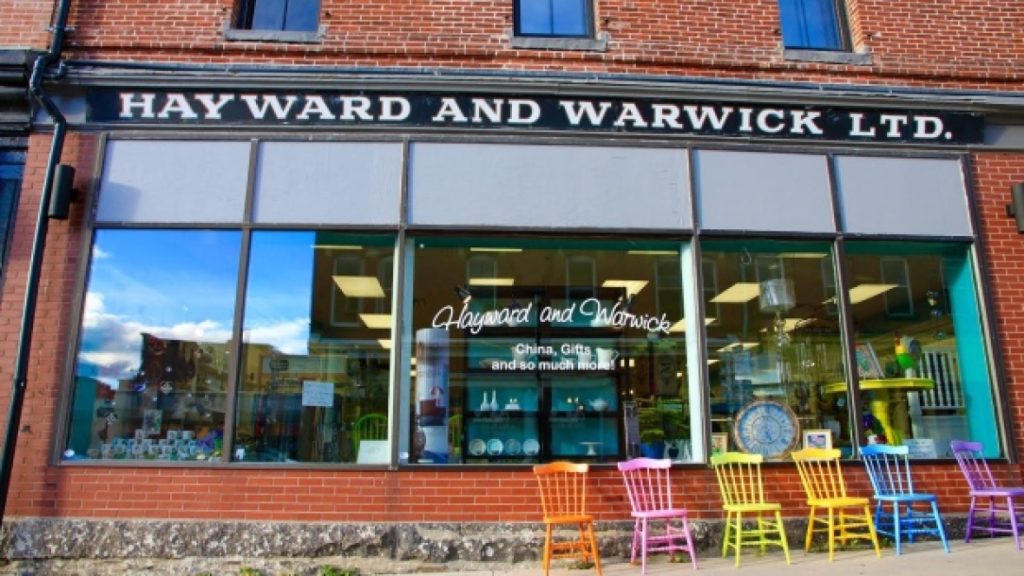 It’s why Brideau, co-founder and vice-president of Historica Developments, believes his apartment units rent out so quickly in a market that has been struggling with a consistentlyhigh vacancy rate.

“I’m trying to create that uptown urban lifestyle you see in other urban centres,” Brideau says on the 136-year-old building’s sprawling new rooftop patio next to the chiming clock tower of the Trinity Anglican Church.

“People want to live uptown, and the problem has been in the past that there hasn’t been enough quality. So what I am offering is high-end, high-quality living spaces with all the bells and whistles.”

The first batch of tenants moved into the former warehouse building April 1 while work continues on 12 more apartments, which are also moving fast.

“Nine – or 10 – of those are already rented,” Brideau says. “A girl called today and she’s supposed to take one.”

In all, there will be 25 loft-style units, which rent from $1,000 to $1,500 a month, commercial space on Princess Street and Historica’s new head office, which will include a boardroom table made from reclaimed wood.

Units include soaker bathtubs, deep kitchen sinks, fireplaces and accents such as Thomas Edison-style light fixtures. The building has a large, stainless steel elevator and the originalHayward and Warwick neon sign hangs in the lobby.

“It’s been a huge undertaking,” says Brideau, a Saint John native who has worked with two western Canadian partners over recent years to purchase and restore five buildings in the city’s uptown core, including a recent investment on Queen Square with 17 more units.

The Hayward and Warwick project has taken at least 18 months, since his company bought the building from the Hayward family. A couple who used to work in the historic china shop below purchased the store, which remains open.

Despite the renter’s market, with hundreds of apartment listings on Kijiji and a vacancy rate at 11.4 per cent – a number that has been steadily climbing over recent years and stands higher than the vacancy rates in Fredericton and Moncton – Brideau has had no trouble renting out units.

He expects the newest building to be completely filled by the end of August.

He says the high-end product is increasingly appealing to a new demographic: the baby boomers.

“They’re starting to look more seriously at uptown more than ever just because the quality is there and there’s a great quality of life you can’t find anywhere in New Brunswick, at least,” he says.

The 25 to 35 age group still makes up Brideau’s largest market segment, with his higher-priced apartment units still more affordable than owning a condominium.

“It’s very flexible and appealing to a lot of people,” he says.

Chris Boudreau, the new president of Uptown Saint John, said there are many local developers who complain about the issues associated with redeveloping historic buildings in the city’s core and would rather build subdivisions on the outskirts.

“They don’t understand what uptown and high-density development is supposed to be like,” he said. “Keith understands that and he executes it very well.”

Boudreau, whose company, ClinicServer, rents office space from Boudreau on Canterbury Street, said the model of developing properties with businesses on the ground floor and residential on top, works as a way to draw more people to the core.

“The real secret for Keith is he does apartments right,” Boudreau said. “It doesn’t cost that much more to make something a bit more upscale.”