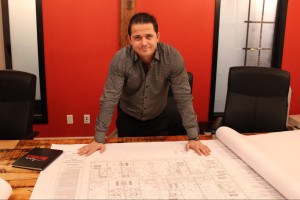 Heritage buildings play a special role in Canadian cities, offering historic, aesthetic and economic value that simply cannot be found in new developments. However, along with their social worth, these old buildings have unique costs and retrofitting challenges that leave them at risk of being lost through demolition or neglect.

“There are sadly no measures (in it) that specifically capitalize on historic building and create jobs,” says the executive director of the non-profit organization, which was founded to protect heritage spaces across the country.

This is not only a problem, says Bull, it is a missed opportunity. Redeveloping heritage buildings can be a boon for local economies; renovating and retrofitting these properties creates more jobs than typical construction projects. There is also a “green” factor since tonnes of construction and demolition waste is kept out of landfills.

“You can get a much more unique product when you redevelop a heritage building,” says Keith Brideau, co-founder and vice-president of Historica Developments Inc., which acquires, refurbishes and manages historic properties built between 1878 and 1900 in Saint John, N.B.

But companies that buy heritage properties have to put a lot of work and money into these buildings to restore their historic presence, says Brideau. He explains that his team often faces many significant challenges: floors are uneven; windows need to be redone; the electrical system needs to be reworked; and craftsmen familiar with the intricate masonry work can be hard to find, and are therefore expensive.

And the costs do not end there.

Neil Richardson, president of Heritage Property Corp., says these buildings are often located on land with higher values, putting them in a state of constant risk.

“Typically, a heritage building isn’t the biggest building,” he explains. “If it’s on valuable land, there may be something bigger or better with a higher economic return if you tear it down.”

Richardson, whose Calgary-based company restores and refurbishes heritage properties, points out that federal government regulates just about everything; but when it comes to heritage properties, some necessary safeguards to protect many of these buildings are lacking. Developers can often  buy them, tear them down and put up condos in their place.

According to Richardson, there’s no reason why the federal government can’t regulate older buildings. “There just seems to be a reluctance to do it,” he explains.

This minimal federal protection is unique to Canada. Bull says Canada is the only country in the G8 that does not have laws to protect heritage buildings owned by the federal government.

However, Richardson says regulation alone would not be enough. Federal tax incentives are also needed to protect the status of heritage properties. These incentives, he says, would lessen the burden of restoring properties and help private businesses by making the prospect of redeveloping an old historic building – which has inherent risks and high upfront costs – seem less daunting.

He goes on to explain that municipal and provincial governments have some grants for businesses and they recognize a restored building is worth more money and, therefore, will pay more in taxes; however, he cannot name a single program from the federal government that promotes redevelopment.

According to Bull, a rehabilitation tax incentive would be a good place for the federal government to start. The U.S. has had a tax incentive program for more than 35 years. Since 1978, it has worked with 42,000 projects. She says the U.S. government’s $19.2 billion in tax credits for industry members has resulted in approximately $99.2 billion in rehabilitation-related investment.

“The federal government needs to show leadership,” she says. “(It needs to) be a catalyst and bring development and investment to historic buildings.”