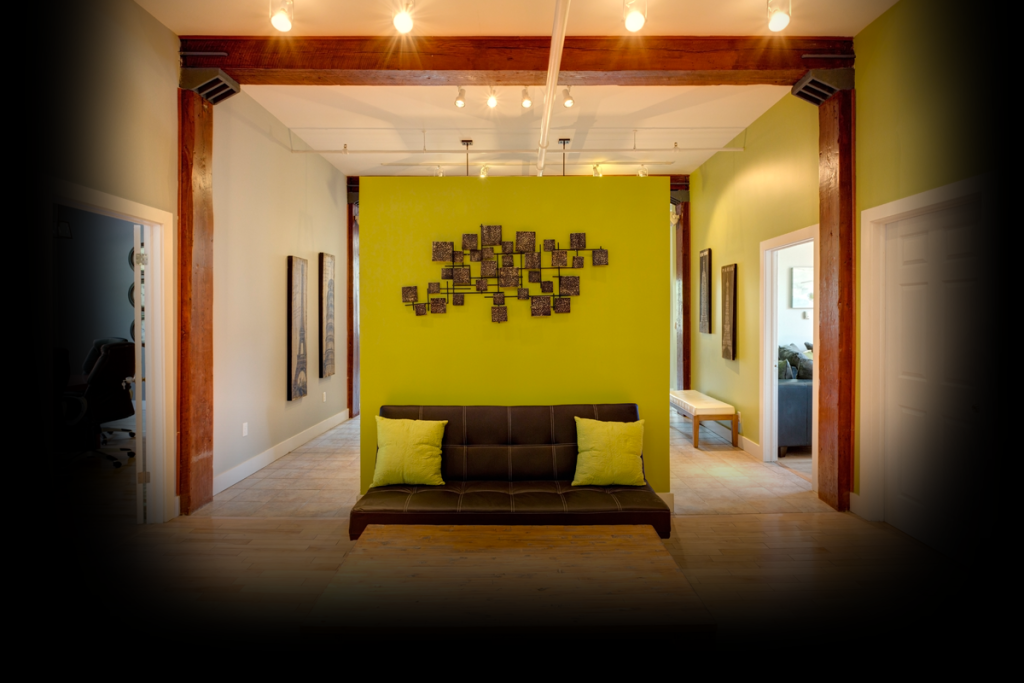 SAINT JOHN – The rooftop of Keith Brideau‘s King Street property overlooks the signature streetscapes of the historic commercial district, rich with colour and stunning architectural design. A cascade of red brick buildings tumble down to the waterfront, a view with considerable market value.

A floor below Brideau’s rooftop are three spacious lofts with vaulted, 16-foot ceilings. They’re among nine apartments his development company owns on three floors above the Urban Shoe Myth and Silver Daisy Designs.

Even for people who live uptown, walking around these grand apartments can be disarming, because they’re reminiscent of high-end living in Boston or New York. That was intentional.

Brideau, a local developer behind several residential and commercial projects in the area, is trying to help Saint Johners rediscover the uptown, a district he sees transforming into an energized urban landscape in the next 10 or 20 years.

For this reason, he is somewhat of a visionary. He sees growth on the horizon and he has put himself in the driver’s seat.

“A lot of people talk about developing these older buildings and what Saint John could be like, but you don’t always see action,” says Brideau, co-founder and vice-president of Historica Developments, a real estate firm funded by private investors. Their portfolio includes 35,000 square feet of apartments, offices and restaurants on Canterbury, Princess and Prince William.

“Saint John has already been coming around the corner pretty significantly here in the last few years. And for the next 10 to 20 years I see more urban development and urban change happening uptown. I wanted to get on board as quickly as possible.”

Building vacancies in the district are down significantly from what they were even five years ago, but there still remains considerable room for expansion, says Peter Asimakos, general manager of Uptown Saint John Inc., the group that oversees the business improvement area.

CenterBeam Place, the brainchild of another real estate visionary, John Irving, swallowed up at least 20 per cent of all vacancies uptown when the 110,000 square foot building that fronts onto King Street opened a few years ago, Asimakos said.

Several remaining vacancies, though, are hard to ignore. The former Bargain Shop on the corner of King and Charlotte has been barren for months. The former hardware store on King, next to the Tim Hortons, is empty and has been for decades. Others speckle the uptown landscape.

Historica Developments isn’t having the same problem. The company hasn’t even finished building all nine King Street apartments – completion isn’t expected until early September – but they’ve all been snatched up. No vacancies.

Demolition crews are getting the next project ready at the old CompuCollege buildings on Prince William, which also touch Water Street. The ground floor of the Prince William side is already leased to retailers who are expected to open by September.

Historica’s residential customers are generally young professionals in their 20s and 30s, but the firm is also seeing people in their 50s and even 60s who are looking to downsize and live comfortably.

Similar clientele have signed on the dotted line to live in John Rocca’s big condominium project on Water Street, with just 12 vacancies in an 84-unit building that will start welcoming tenants in September.

Rocca, a local developer, says more people are starting to return to the uptown core after decades of outmigration to suburbia. The speed of the momentum, he says, will depend on a range of factors, such as the city’s investment in roads and streetscapes and private-sector investment in the district’s upper floors.

“There has been and will continue to be a trend (of people moving uptown),” he says. “To what extent that trend will continue will depend I think to a large extent as to what the city will do to improve the uptown area.”

A draft municipal plan, a document designed to guide growth in the city for the next 25 to 30 years, would encourage the development of attractive streetscapes in the uptown area with more trees and grass, alluring façades and preserved heritage buildings.

In the years ahead, Brideau sees more boutiques and high-end retailers opening up. With the development of the Coast Guard site, where the Hardman Group plans to build condominiums, offices, retail space and a hotel, the uptown would start to realize a denser population base that would deepen the demand for more businesses.

As things get moving, Brideau expects stores will stay open longer. They won’t close at 6 p.m., he says, but will continue welcoming customers until 8 or 9. And restaurants will start to thrive a little more.

“Down the road, as you get more and more people developing these buildings, and getting more people living uptown, all of a sudden Sunday is going to be busy. Monday, Tuesday, Wednesday in the evening will be busy. It won’t be deserted after business hours.”